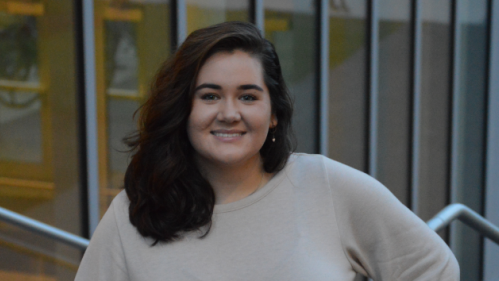 Kathryn Slusarczyk, DRC’20, believes it is crucial to remember where we come from—a philosophy that colors both her personal ambitions and her experience at Douglass.

“Being a Douglass woman means remembering where you come from and trying to improve yourself as you go,” she said.

For Slusarczyk, this means rediscovering her Korean heritage. Her mother, DC’88, was born in Seoul, but she never learned Korean once they moved to the United States. Slusarczyk didn’t want the language to be lost, and so she immersed herself in the study of Korean—first as a hobby and then as a career path.

“This was something I wanted to do for my family,” said Slusarczyk, an Honors College student double majoring in Korean and Linguistics.

Slusarczyk brings her passion for rediscovering the past to Douglass, cherishing Douglass history and the various traditional events put on each year.

“We've all learned that the foundation of Douglass was monumental for women's education, but events like Yule Log and Sacred Path give us the chance to participate in the same traditions that the Douglass women before us took part in, and I think that builds part of the common Douglass experience that we all share,” she said.

Slusarczyk has served as a member of the Global Village: Human Rights House, Traditional Events Committee and 100th Anniversary Student Committee. She feels privileged to be so involved, especially since her mother did not have the same opportunity. Attending Douglass in the 1980s, her mother lived off campus and had to go home every weekend to work.

“Even with the experience my mom had, she had such a good time at Douglass that I knew I had to be involved!”

Slusarczyk said Douglass has not only been instrumental in helping her pursue her interests, it has also provided her with an incredible support system of friends.

“Being surrounded by other motivated student leaders and hard-working women has been really rewarding, and I can only hope that our friendships are as motivating to them as they are to me.” 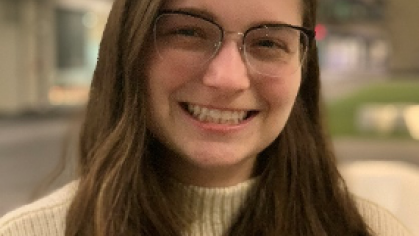 Shelley Merhav DRC’23 is a biomedical engineering major, volunteer EMT, and active Douglass community member. This month, she will serve as a student moderator on the Post-Graduation Education Opportunities panel at the Christiana Foglio DC’84 Douglass Career Conference. In this role, she will help facilitate conversation between panelists and students as they discuss how to navigate graduate school opportunities and pathways. 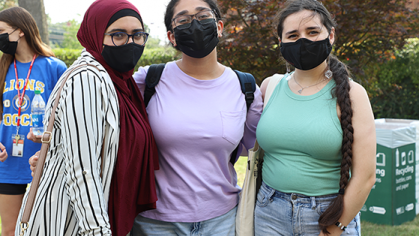 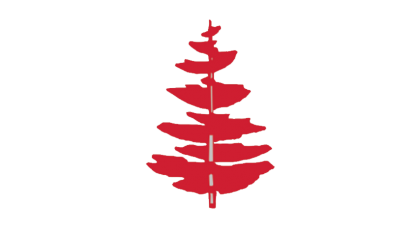