On October 23, 2021, Douglass College hosted the classes of 2020 and 2021 for an in-person celebration of their graduations. While the classes each had a virtual ceremony to honor their achievements, this in-person event allowed staff, graduates, and loved ones to meet face to face to celebrate Douglass excellence. Dean Jacquelyn Litt, Alexandra Anderson DRC’20, and Veronica Bido DRC’21 all gave remarks to congratulate the graduates and reflect on their unique journeys.

“Unprecedented. That’s the word that has been used to describe the last two years,” said Veronica Bido DRC’21 in her student address. “Yet, I recently began to think about it in a different way. As I was pondering about what to say today, the word unprecedented came to mind. I didn’t think of the usual suspects—an unprecedented global pandemic, unprecedented year, and so on. No, instead, I thought of Douglass Women. And how we have always been unprecedented.”

“Douglass was at once a refuge and a launchpad,” said Alexandra Anderson DRC’20 in her student address. “Through th[e] challenges [of past years], we built both opportunity and community.”

While listening to speakers, graduates enjoyed refreshments, conversed with loved ones, took photos with friends, and said a proper good-bye to the Douglass staff.

In addition to the reflections from student speakers, Sana Colter DRC’20, a flutist and musician, performed renditions of “Lift Every Voice and Sing,” The Douglass Alma Mater, and two other pieces.

The program closed with the listing of candidates in which each attendee was individually recognized and received a special parting gift from the College.

Douglass was so thankful to have had the opportunity to invite graduates back to campus for an in-person ceremony, and looks forward to keeping in touch with all the graduates from the Classes of 2020 and 2021!

To read the full speeches by student speakers, please see below. 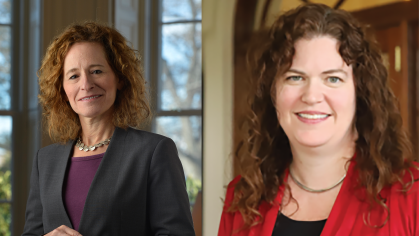 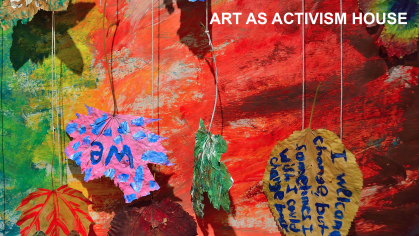 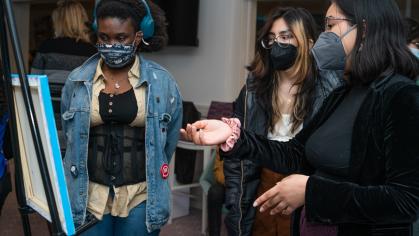